Unless you’ve been living under a rock for 30 years, you will be aware that society has long had issues with racism. It’s nice to imagine that we smart enough to know better, but that’s just a layer on top; subconsciously we are all racist.

Still, even though we know how much worse racism was in the past, it is still jarring to stumble across something so overtly and matter-of-factly racist as this, which I found in a National Geographic magazine from December 1916 (click to view full-size): 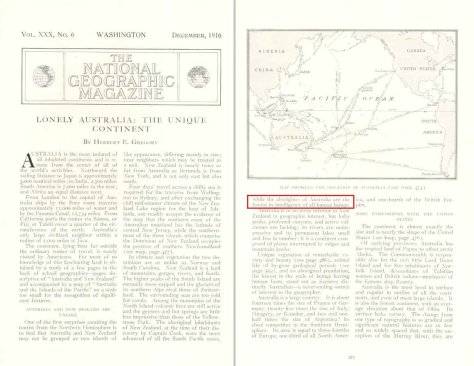 The relevant quote reads: “The aborigines of Australia are the lowest in intelligence of all human beings”.