I’ve seen this picture doing the rounds on Facebook lately: 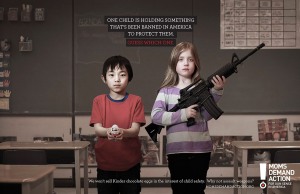 I reason that the issue is all about design faults. A gun is designed to kill people, so when it does that it is behaving exactly as expected. A Kinder Surprise is designed to entertain children, and it is only entertaining for adults to watch a child choke to death so it fails in its purpose…

Seriously though, I find the US obsession with having guns really strange. I can understand the point that if everybody is educated properly in gun use, then theoretically nobody will be accidentally killed by guns. However, according to this report there were 851 deaths in 2011 by accidental discharge of firearms. That’s 2.3 people every day. Obviously education is working very well. I’m only going to talk about accidental gun deaths here; the issues of suicide and homicide deserve their own discussions.

The only surprising thing about the number of accidental gun deaths is how few there are. There is a well-established hierarchy of controls for dealing with workplace hazards, but there is no reason why they can’t apply to hazards in the home and community as well. The controls, in order from most effective to least effective, are:

As you can see, educating people on gun safety is 4th on the list, it is definitely not the most effective method!

So what are our options?

Elimination
The simplest answer is to ban or restrict guns. However for a number of reasons this is strongly opposed, and to consider this would require more analysis into whether reducing legal guns reduces deaths. Even assuming that elimination is not possible, that still leaves…

Substitution
Is there a better tool that can be used to achieve the required goal? Why do people need guns? If for self defense, can the gun be substituted for something less lethal like a taser (which can still be deadly, but is safer than a gun) or pepper spray?

Engineering controls
Can you put an engineering control on the gun to make it safer? There already are some, for example a trigger guard and a safety catch. But can we do more? There is already fingerprint technology to prevent a gun being operated by an unauthorised user. And hey, it seems that several US states have already passed a law requiring guns to have this technology. Why don’t the rest of you get in on the act?

Administrative Controls
Here is where your education and licensing fit. They work great in practice, but they are very easy to get around.

Personal Protective Equipment
We could of course require that everybody wears a bulletproof vest (and helmet, and gauntlets, and greaves!) but that would make going to the beach a lot less fun.

So what is the best answer? From an outsider’s perspective, it seems that the best (but hardest) thing to do would be to change the US culture to be less eager to embrace guns. It’s a matter of the US as a whole agreeing that it’s worth making a few concessions to save up to 851 lives per year. That’s 851 unlucky mothers (or 849 unlucky mothers and 1 really unlucky mother).